Posted on November 6, 2014 by KIOSK the Weblog at Luxury Traveler 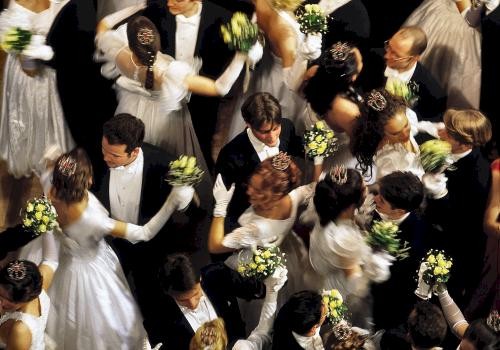 Vienna: Each year more than 450 balls are hosted in the city, offering more than 2,000 hours of dance floor action between them. The new season will get underway in November 2014 with the Vienna Red Cross Ball, followed by the Hofburg Silvesterball on New Year’s Eve. Things really start to pick up during carnival season when one ball follows hot on the heels of another. Viennese ball fans have a busy season ahead this year and next. Although the ball calendar doesn’t properly hit its stride until the new year, the season actually gets underway on November 11, 2014, the official start of the carnival season, when Vienna’s dance schools transform the old town into an open-air ball room. On November 21, 2014 the Austrian capital steps up a gear with the Vienna Red Cross Ball inside City Hall, while at the turn of the year the former imperial residence of the Hofburg opens its doors for the Silvesterball. For additional information please follow this link….